When citizens get together, much can be accomplished. Today, we focus on a wonderful story, originally posted in the Sammamish Review that shows just what a passionate group can accomplish for the habitat in our city. Oh, and by the way- Rena Brady is a founding member of Sammamish Friends!

Throwing their hat into the ring 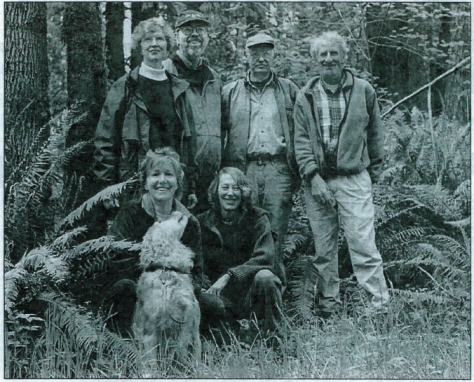 With support from city leaders,a group of Sammamish residents has launched a campaign to purchase a 58-acre tract of land west of Beaver Lake.

Their goals: Preserve the wetland-rich area, create a wildlife corridor and provide a link between the lake and neamy areas such as the Hazel Wolf Wetlands Preserve and Section 36 park.

“It’s an idea that several people had, and we just got to talking about it all together, said Rena Brady, who is leading the citizens’ effort.

The city has agreed to act as a nonfinancial sponsor on the project. The citizens’ group is pursuing an Uman Wildlife Habitat Grant from the state’s Inter-agency Committee for Outdoor Recreation.

Such a grant requires a sponsoring agency, and the Sammamish. City Council voted 5-2 last month to fill that role.

“We’re being asked to sponsor the grant, not buy the land,” explained Councilman Phil Dyer, chair of the Community Development Committee.

The group’s success also depends on whether the land is still available when sufficient funds are obtained. The eight parcels making up the property are owned by several parties, all represented by one of the owners – Seattle resident Bert McNae.

“We’re working with other people on it at the same time,” said McNae, a real-estate broker in the area for 50 years. “This group may come forward, but if they don’t, there are others who are interested.

“It’s like any other land deal. If they are sincerely interested in it, they will have to put some money down. We’ll be sure to work with them fairly on that.”

The grant would provide 50 percent of the land’s estimated $2 million price tag. The citizens’ group would still need to raise the other $1 million.

Sammamish resident Fred Weinmann, a wetlands ecologist and integral part of the citizens’ group, said the effort is well worth it.

“This connects all three types of habitat: water, wetlands and uplands,” Weinmann said, adding that the goal is to minimize the “fragmenting” of habitats.

“This is really our last chance to do this in the city that I know of,” Weinmann said. “Once you have that link, I don’t think there would be as much reason to fight every development.

As the sponsoring agency, the city would have a say in how the land is used – provided that it meets the grant’s guidelines. A nonpaved trail would be a possibility.

Council members Ron Haworth and Ken Kilroy voted against the city’s involvement, saying they first wanted a clearer vision established for the young city in terms of parks and recreation. Haworth said the wetlands would be preserved anyway under federal regulations he added that there eventually would be costs to the city.

“You have to manage it for the purpose of natural preservation, Weinmann said. “Local homeowners can be an asset, but you need an ultimate authority.”

Councilwoman Kathy Huckabay said the area could be used for educational purposes, as well as light recreation.

The citizens’ proposal was supported by the city’s Parks and Recreation Commission, as well as the Community Developmer Committee. In addition, city staff has provided advice for the citizens .

“It seemed kind of formidable going to the city and asking for help Brady said. “But it wasn’t like that at all. The city has been very helpful.”

The citizens’ group, which barely made a deadline for the grant application, must present its case to a team of scientists in August. Next year, the state Legislature and the governor will have the final say on which projects receive the grants. Successful applicants could receive funding as soon as July of 2001.

As for the additional $1 million Brady said the group is optimistic despite a lack of finalized donations at this point.

“We have high hopes,” Brady said. “A huge hurdle was just to have the city sponsor the grant.”

The 2021 Sammamish Walks Schedule will (hopefully!) be posted soon.